Time Travel is Possible… Sort of 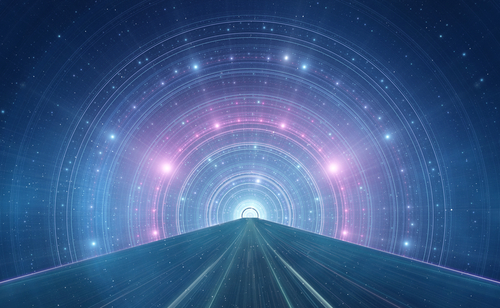 What if I told you time travel was possible? Well, with neuro-linguistic programming (NLP), it sort of is. This article explains how you can mentally travel to the future to see what your life will be like if certain behaviors continue.

Time travel is sort of possible. The way it’s possible is that a very good coach who is trained in Neuro-Linguistic Programming (NLP) can help someone travel through time to go into the future and see what it might look like if current behaviors were to continue. The beauty of doing this is that you as the coach have the ability to guide which direction the future goes, to a certain extent and you have the power to help the individual realize just where their current actions will lead them. When used properly, this tool can singlehandedly change a human being’s life in a matter of just a few minutes.

As a neuroscientist, I can tell you the human brain is not capable of deciphering between reality and that which is imagined. You heard that correctly: the human mind is absolutely incapable of telling the difference between that which is imagined and that which is real. While the reason for this is rather complex, it’s actually quite simple. Essentially, the human being imagines everything, even the things we know to be real. Therefore, the mechanism used to imagine something and the mechanism used to be a part of something real is exactly the same. This is why dreams feel real to us, especially when we’re in them.
Of course, we can often tell the difference between dreams and reality, because dreams have certain inconsistencies that we are able to identify. Now that we understand this, here’s a five-step approach to helping someone travel in time to see the consequences of their current actions.

Ask them a question about where they think their life will be in X number of years if they continue their current behavior and ask them what they think their life will be like. Keep probing until you get an answer that sounds like what you want them to think. For example, if someone is a smoker and you want them to quit, the key is to make them realize that in 10 years, it is very likely that they are going to be in a hospital bed, dead, or extremely ill. You cannot go to Step 2 until you’ve made them realize the consequences of their current behaviors. If they are not willing to budge and continue to insist that in 15 or 20 years they are going to be in perfect health, happy, and excited, then you must work for them to realize the reality before you go to Step 2.

Take them to that place and ensure that you are speaking in the present tense. Once you have gotten them to imagine being in a future time, then start speaking to them in present tense as if they are already there. For example, do not say, “How will this affect your relationship with your family?” Instead, you would say, “Now that you have gotten to this point, how is this affecting your relationship with your family?” By asking them questions in the present tense, the mind is just slightly tricked and for just a brief moment, it forgets that this is make-believe and it starts to think that the feelings and thoughts are more real than they actually are. The more you can ask questions in the present tense, the further you can deepen the feelings for this individual. So if they have told you that they would be in a hospital bed and coughing, ask them questions such as, “How does it feel to be lying in that bed, being so helpless and knowing that you have ruined your life?”

Ask them to tell you about the things they see around them. Ask them about colors and shapes. The more they tell you what they see around them as they are in this future place, the more it will become real to them. But not everyone values visual cues as much as others so be sure to go beyond just visual by cuses by focusing on the next 2 steps.

Kinesthetic refers to things that have to do with feelings, both physical and emotional, so ask them to tell you how things feel. For example, if someone says they would be coughing, ask them how it feels in their chest, in their lungs, and in their throat. The more you can ask them to feel the feelings, the more they are going to feel like they are actually there.

Put this all together and by the time you’re done telling someone to imagine being in a place in the future, with their eyes open or closed, and then speak to them in present tense about what they see, hear, and how they feel. Their mind will not know the difference between this as being imagined or real. This incredibly powerful tool can be used to change people’s lives forever and I have used it onstage at many events where in a matter of 5 or 10 minutes, I have gotten someone to change a lifelong habit and helped people make decisions that have shaped their destiny from that day forward. By using this simple tool, make sure to speak in present tense and be sure to mix visual, auditory, and physical kinesthetic cues as much as you can, and enjoy the results.