The Significance of Your Peer Group 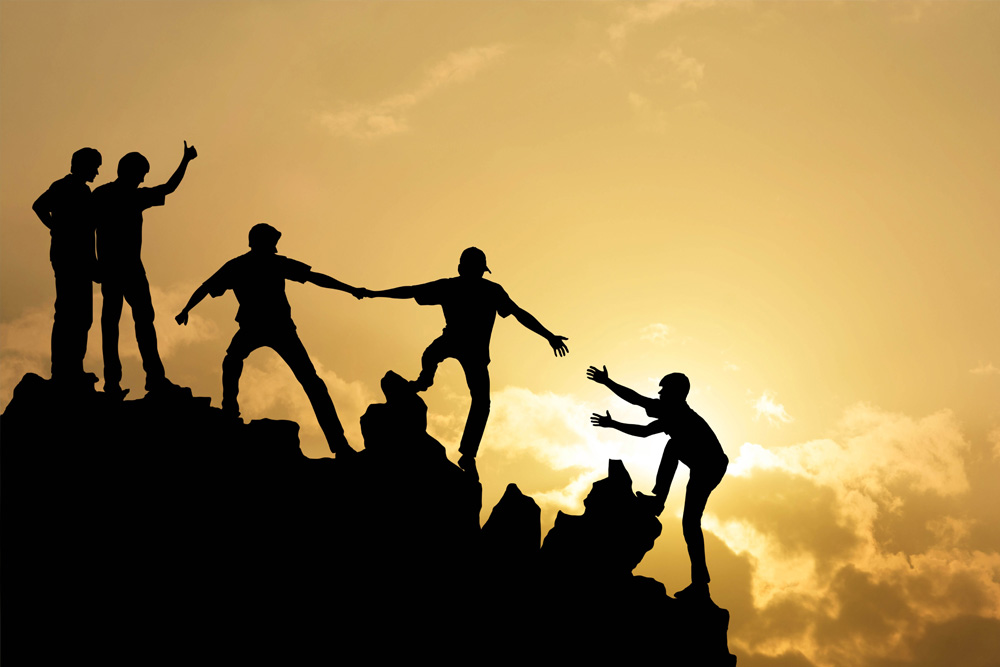 Throughout time, we will come across a few people who get things done best on their own. The self proclaimed “individualists” who thrive best in a lonely shed in the woods. Those people do exist, but the majority of people are not one of them.

When someone wins an award at the Academy or even for MVP for their tee-ball team when they’re 5 and they give a speech, they always thank their team. Those are the people who bring the support when you need it most. This doesn’t take away from your talent at all, you were born with or trained for that. But the support of the people around you has tremendous imact – your peer group could make or break you.

Why Can’t I Just Go It Alone Without a Peer Group?

Studies have found that people are 50% more likely to complete their goal if they have a peer group, or a team of accountability. Think about it: On your very worst day when you don’t want to get out of bed and work out, if you are your own accountability, will you be able to get yourself out of bed? Kudos to you if you can, but the majority of us cannot. This isn’t a weakness. It’s willpower, and it’s a growing muscle.

It’s very important that the people you surround yourself with are on the same path as you. It helps if they have the same end goal. A little friendly competition never hurt anyone, after all. I’ve done some of my best work when I’ve had an accountability group – a few people, maybe 5 or 10 who are also working toward a like goal.  Maybe it’s to lose a few pounds, to pass the Medical Boards, to save up enough money to put down on a house; the goal is important, but the people you invest your trust in really seal the deal.

What Happens When I Want To Give Up?

As with any battle, you’re going to have days when you want to throw in the towel. This is experienced a lot in Alcoholics Anonymous or Narcotics Anonymous programs. These people have sponsors – people who they can trust and whose true interest is in that of the person recovering. That’s why on days that you want to eat a whole pizza, or spend your savings on one night in Vegas, or go out and get drunk the night of the big test, you should have a few people to call who can check you back into reality.

Imagine what that not-so-serious person would say to you if you called and told them that you were about to eat a pizza: “Wait,” they’d say, “You don’t have to do this alone. I like Pepperoni. I’m on my way.”

Your peer group would say “Meet us at Organic Ozzie’s, we’re buying you a salad with as much on it as you want.”

A Peer Group Shares Your Fears, And More Importantly, Your Triumphs

The bottom line is that you are not going to be able to grow nearly as fast by yourself and take your life to another level without the help and inspiration of your peer group. Surround yourself with people who will push you to the next level, while all the time you’re learning from them.

Where Can I Find a Peer Group Of My Own

It’s important to carefully consider who is going to be in your peer group once you make a decision to move forward on a goal or get to the next level as the influence of even just one person could hold you back and throw you off. At my seminars, you’ll find a ton of people who would be great to network and connect with.

Not only will there be people, but there will be people who are on the same level as you. Some have been where you are. Some actually would like to be where you want to be. They want the same things as you.  Here’s the best part. They’re all in the same room.

My only hope is that you’ll be there.