Myth Busting: Not Eating Makes you Tired and Hungry ? 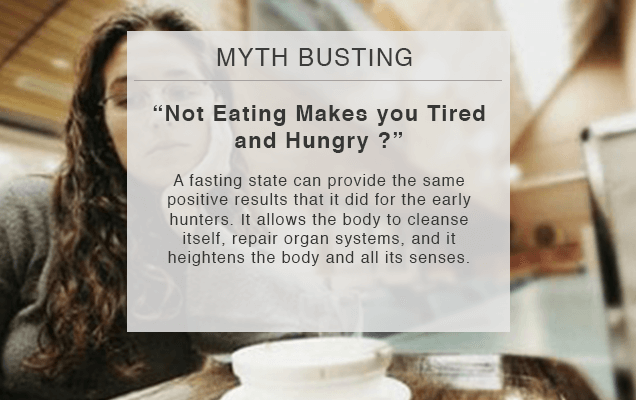 Another nutrition myth is that not eating makes you tired and hungry. The truth is science shows fasting can provide many benefits, including an increase in energy.

Scholar Nassim Nicholas Taleb said, “Nature builds things that are anti-fragile. In the case of evolution, nature uses disorder to grow stronger. Occasional starvation or going to the gym also makes you stronger, because you subject your body to stressors and gain from them.” 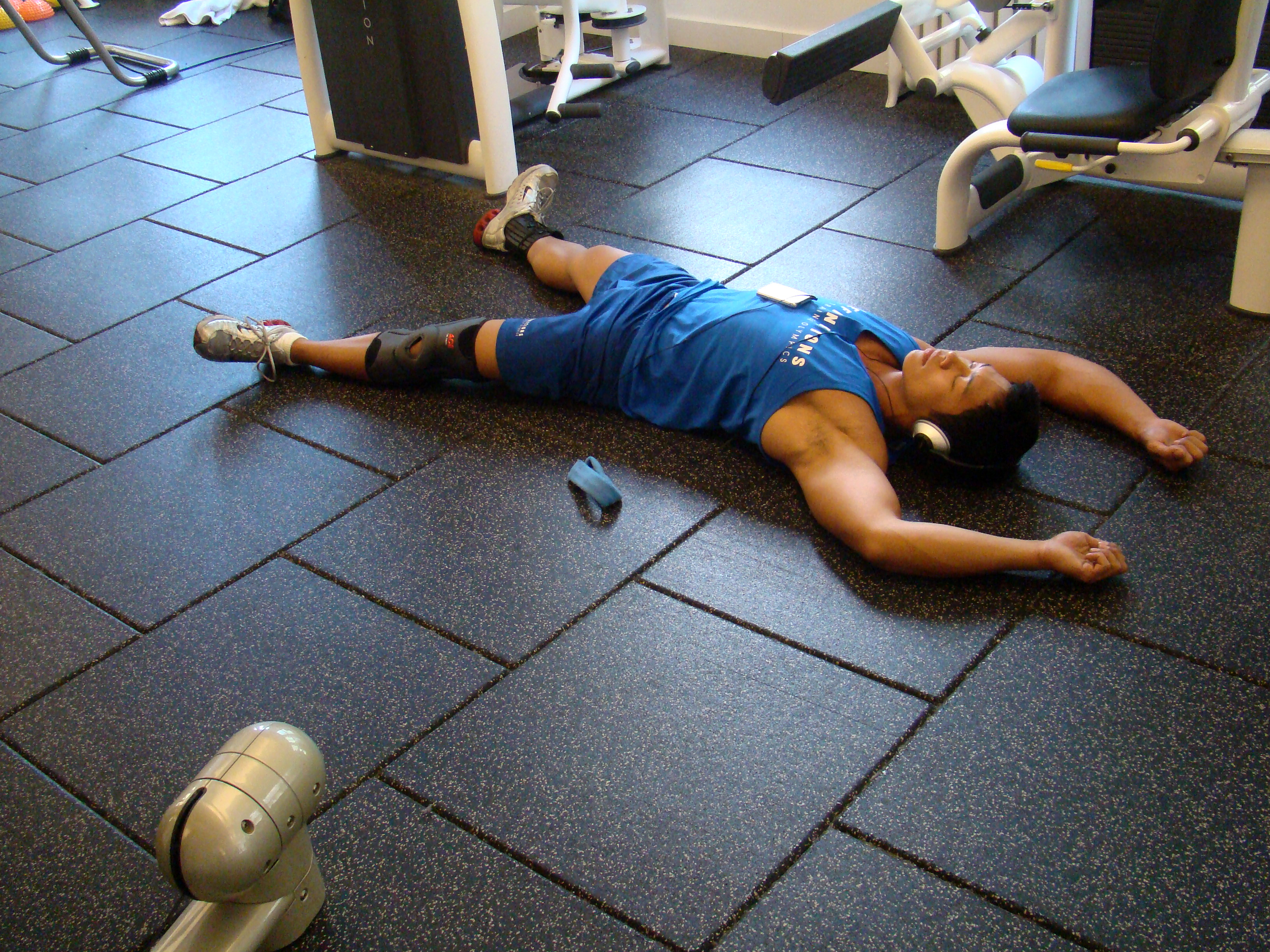 The Danger of the Energy Obsession

Most people equate food with energy. We are bombarded with diet plans designed to guide us on how to eat for maximum energy. We’re told if we want to get our energy up, eat something. We have a market saturated with energy bars and energy snacks.
Thinking of food in terms of energy is somewhat of an oversimplification. Rather, we must think of food as a fuel that our bodies may convert to energy. 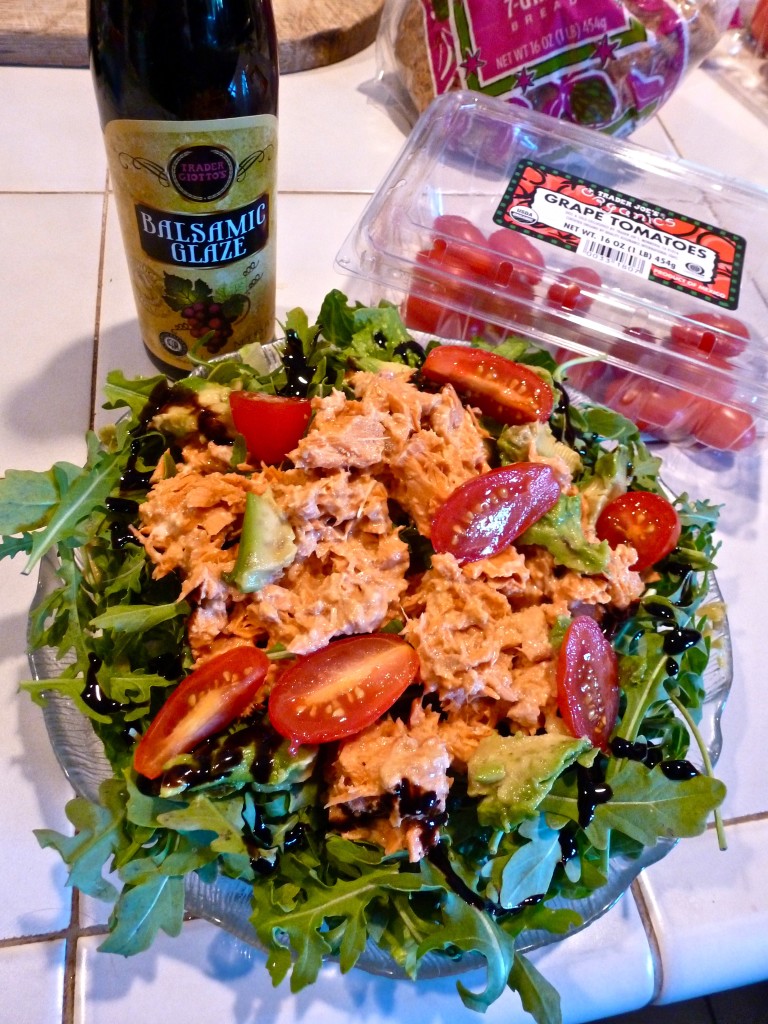 Think of a car. Simply filling a car with fuel doesn’t make it go. Rather, there is a whole complicated process whereby the engine converts the fuel into energy and makes the car go. It is the same with the human body. We have a rather complex engine of our own that takes the fuel we give it and converts it into energy.

Consider again a car and filling the tank with fuel. If you’ve filled the tank and you’re going to drive twenty miles into town and back, all the rest of the gas in the tank is actually weighing the car down, causing it to run less efficiently. So it is with our bodies. We need to give our bodies enough fuel to convert to the energy we need, but anything in excess of that is simply slowing us down, causing us to run less efficiently.

After eating a meal, it is not unusual for a person to feel a bit sluggish while the body digests, but what about after that? Some of the food will be burned off as energy, but everything eaten in excess of what the body needed to convert into energy is stored and often turns to fat. Once energy is converted to fat in the body, our bodies are woefully inefficient at converting it back to energy.

Eating beyond the amount of fuel your body needs is slowing you down in the short term and the long term. Unless you can match your body’s intake to your body’s energy expenditure, your body cannot achieve optimal efficiency.

A study from the University of Colorado Anschutz Medical Campus, Aurora stated it quite succinctly: “The basic components of energy balance include energy intake, energy expenditure, and energy storage. Body weight can change when energy intake is not equal to energy expenditure over a given period of time.”

When Less Really Is More 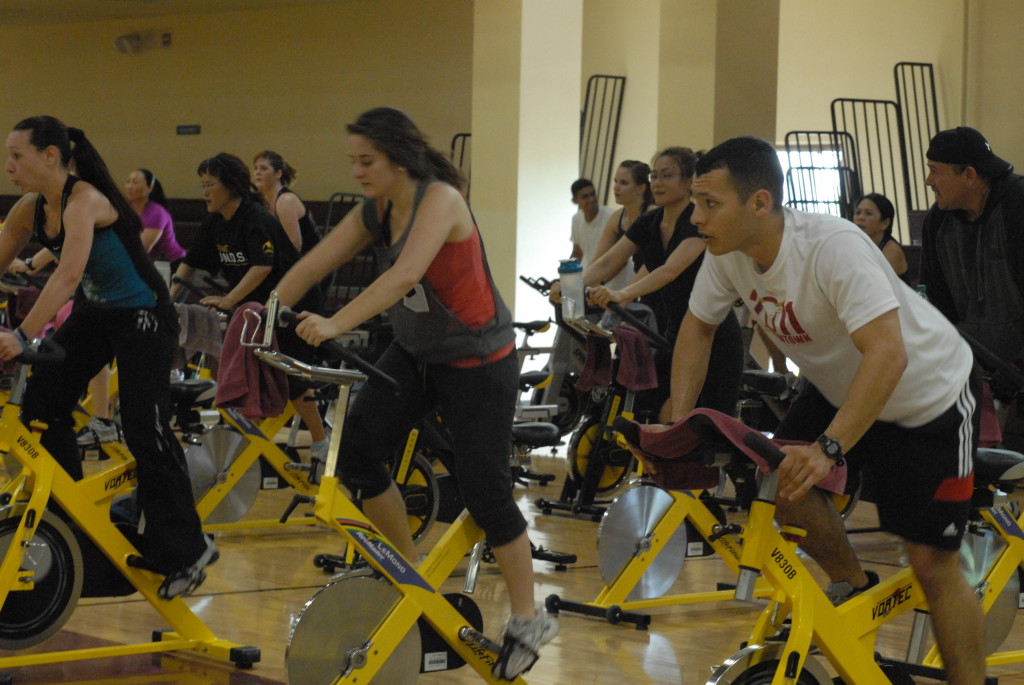 While it may seem counter-intuitive, when human beings consume less, our bodies actually run much more efficiently. Energy levels increase and the body enters a higher stage of mental and physical acuity.

Overeating overtaxes the body’s resources. As your body focuses on processing a deluge of food with which it’s been bombarded, resources are taken away from other areas. Blood flow is diverted to the alimentary canal, reducing blood flow to other parts of the body. The pancreas is hard at work secreting insulin. The liver and kidneys exert great effort to filter the blood. Hormone levels are increased. The body feels tired and the mind feels dull.

Harvard Medical School conducted a study that showed when animals were placed on a calorie-restricted diet, they thrived. They had higher levels of energy. Their minds were sharper and their bodies were in an elevated state of readiness.

The Drive of the Hunter

You may have heard stories of early man and his need to hunt for food. When man was starving, he had to find food. He needed his brain to function, he needed his red blood cells; he needed everything to keep firing to allow him to be sharp and focused as he went on the hunt.

While in that state of hunger, the hunter found his energy levels were higher, his emotions were well- controlled, he was laser focused, his body was cleansing and repairing itself, and he was more agile than ever as he awaited the only real “man versus food” challenge that ever existed in the history of mankind.

Early man ran at optimal efficiency precisely because he was hungry, not in spite of it. Everything in his body was heightened for the hunt. Starvation became a force that propelled early man to a higher plane. As a society saturated with food, we see hunger as something very negative that must be satiated immediately.

A fasting state can provide the same positive results that it did for the early hunters. It allows the body to cleanse itself, repair organ systems, and it heightens the body and all its senses. While we must not perpetually starve ourselves, we can begin to consider that an occasional fast along with consistently reduced eating habits can greatly improve the quality of our health and lives.

As you move forward in your life, make a choice today to consider mindful eating. Eat only when hungry. When hungry, eat until you are only 80% full. Eat energy-sustaining food that your body can easily metabolize, such as yogurt, berries, peanut butter, lean meats, whole grains, leafy green vegetables and nuts. Be conscious of how you feel when you eat, and avoid foods that weigh you down and make you feel sluggish. Give your body high octane fuel and you’ll run as lean and efficiently as the fastest race car out there.