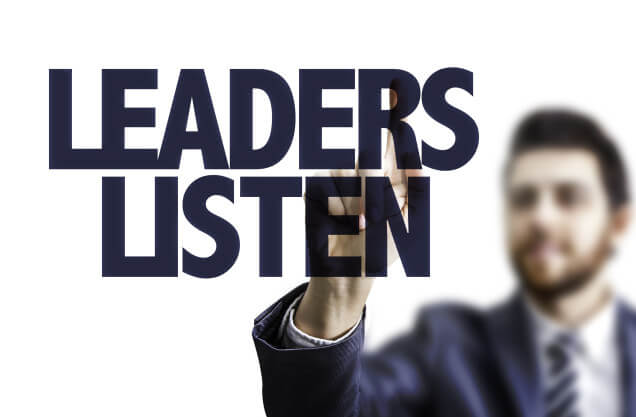 Every CEO can benefit from learning to lead more effectively. This article breaks down several techniques for becoming a better leader.

As business owners, managers, parents, salespeople and members of any team, we are constantly faced with situations where we want to encourage, lead, motivate, or influence people. If this is something we do so frequently, why is it that most of us are so ineffective at getting the results we want? We end up giving what we think is good advice but they don’t make a change or follow our advice, even though it is in their best interest. Here are 5 helpful points to consider when you are in position to lead or motivate someone.

Whether they are 5, 16, or 60 years old, most people think they have the world figured out. They also want to come across as successful, accomplished, and ultimately worthy of love. Being told what to do immediately puts them in an inferior position, and makes them feel inadequate. Make them feel like they are worthy of your love now.

Come from the direction of helping them make their life even better, and if they don’t make their life better, they are still worthy, and a good person. When you assume this position, you are no longer giving advice, you are a helpful resource, giving them helpful suggestions to improve the quality of their life.

# 2: They have different goals and values.

Don’t steer them to live their life on your terms and according to your goals. Identify what’s important to them in life, and tie what you are influencing them to do, to those values. Imagine if you are managing someone and you want to motivate them to work longer hours. You might tell them how working more hours would mean that they will be able to make more money and they will be able to have the freedom to travel and live life at a higher level. But what if their values were slightly different than yours and they valued family more than anything else?

The idea of working harder and longer hours, to them, may mean being away from their family and the people they love the most. By understanding their values, you would simply restate what you want to say in a frame that considers their values. You could bring to light everything they could do for their family as a result of working more hours, that they cannot do now. They would appreciate this perspective more and they might notice that working harder leads them to being able to provide better for their family, and that their family would be even more proud of them and their success.

#3: They have a different map of the world.

There’s a concept in NLP (neuro-linguistic programming) that says every individual has a different map of the world, which is different from everyone else. It also states that the map is not the territory. This is mainly because people go through different experiences in life, and mold their own perception and understanding of the world around them. When influencing someone, It’s important to bring to light that they see the world through their own glasses, rules, values, experiences and their own version of reality. This is true even if their version may not exactly match reality–don’t judge them because your map doesn’t match reality either.

Their mind is the only thing that is making things real and here is a simple examples about this concept. There’s a condition called, Congenital Insensitivity to Pain (CIP). People with this condition are not able to feel pain. For example if they burn their hand, they wouldn’t know or feel it. It’s important to know that their hand is not the problem or has no pain receptors. It’s their brain that is different and doesn’t process pain. To me, the reality of the hand burning is a symbol of the world around us, and the brain not feeling it, is a symbol of our perception of the world. What you think of as reality is just your perception of what is happening around you.

#4: They don’t believe they can make a change.

You need to show them that you believe they can make a change, that you are cheering for them to win, and you are there to support them in the process. Bring to light their strong personality attributes that will help them realize they are already equipped with the skills and power to make the change and succeed. Most people suffer from a lack of self-confidence, even those who put on a magnificent show of power and arrogance.

“Atelophobia” is the fear of not being good enough and while it’s described as an anxiety disorder, it is something we all suffer from to various extents. One of the most powerful ways to influence someone is by first getting them to believe in themselves so they actually believe they can make a difference and they believe they can, in fact, succeed. Make them believe in themselves and you have already won 70% of the battle.

For most, even if you can convince them they can win the battle, they still won’t believe they can win the war. As kids, we are taught to not fight battles we can’t win, and that advice works fairly well. We don’t pick on the big, mean kid at school so we won’t get beaten up. But does it work? Not really. Have you noticed that someway or another, most of us still get picked on or made fun of. It may be the mean kid or someone we didn’t expect. It might even be that we didn’t start the fight and we didn’t even want to be in a fight.

It’s important to change their mindset here. Make them realize that they MUST fight battles that are important for you to win regardless of the probability and effort needed to win. Help them identify their outcome, get them to prepare, convince them to execute, and make sure they learn from results, regardless of victory or defeat. Bring to light that they may be too busy doing things that are easy but not that rewarding. Make them see they are better than that, and they would get a lot of gratification if they were to challenge themselves and tackle the bigger things, even if they are harder, because they are much more rewarding.

Being a great leader is not something that is going to happen automatically. Like anything valuable in life, it is going to take a significant investment of time and effort. By focusing on applying these five simple concepts to your interactions, you are going to significantly increase your influence over the people around you. Most importantly, you will go from giving advice which no one follows to someone who consistently makes the people around them better. What are you more interested in? Feeding your ego by giving advice or fueling people to make their lives better with your guidance? If you choose the latter on a consistent basis, you will be a recognized leader within all of your circles.