How to Start a Motivational Speech: 5 Strategies for Capturing the Audience

Inspiring people to take positive action is a superpower for CEOs like you. The five strategies for starting a motivational speech covered in this article are meant to help you acquire this superpower and use it to motivate clients and employees alike.

Imagine standing on stage in a room filled with people in your target audience. You have been booked to give a motivational speech. How are you going to start? You have to capture the attention of your audience before you can motivate anyone. Each type of audience requires a different attention-grabbing tactic. The best motivational speakers are masters at knowing their audience and adapting their speeches accordingly.

Master the following five strategies for how to start a motivational speech and you will leave your next audience feeling energized and inspired.

A dry, one-way lecture is the fastest way to lose your audience. Great motivational speaking makes the audience feel like a part of a conversation. Starting with a question is a great way to start that tone. Your question should act as a lead-in to the core topic of your speech.

If your speech is on how to stay motivated when their business is struggling, then your question could be something like “By a show of hands, how many of you have ever felt like you just wanted a give up and close the business down?”

2 – Engage Your Audience With an Activity

These seemingly insignificant details are the difference between a hit activity and a flop.

Just like asking a question, you want your activity to be a lead-in for the content of your speech. The best activities include a physical element. Say your topic is the relationship between your mood and your motivation to improve your business. You could start your motivational speech with a breathing exercise for calming one’s mind or a quick smiling exercise.

3 – Tell a Story to Make Your Motivational Speech More Relatable

We are instinctually wired to learn through storytelling, dating back to our days as cavepeople. There are a few different types of stories you could tell to start your motivational speech – each with a different effect.

You can use a story from history that relates to the subject matter of your speech. This story could be based on a popular fable or a factual historical event. The benefit of a historical story is it is easy to find a story that fits with your topic perfectly. The downside is they are not as personal as your other options. Your audience may relate to the story, but do they relate to you?

As a successful CEO you have a bunch of professional stories you can use to inspire your audience. These stories are especially effective when trying to motivate employees or speaking in front of industry colleagues.

It takes courage to be vulnerable and tell a story from your personal life, but it is one of the most powerful tools for connecting with your audience. You have to prove you have motivated yourself in your darkest times if you want to motivate your audience to do the same.

Again, context is key. A personal story is only powerful if you can use it to segue into your main topic.

4 – Quote a Scientific Study to Give Your Motivational Speech Authority

A scientific study gives your motivational speech instant authority. A piece of interesting research related to your topic signals to your audience that you are not just going to pull information out of thin air.

You can even start your motivational speech with research on motivation. This article here from Business Insider is a good place to start. It has 42 different studies on motivation for you to choose from complete with visual aids.

5 – Tell Your Audience Something They Were Not Expecting to Hear

So many motivational speeches start the same way. The speaker will ask the audience how they are doing, and then they will give an overview of the main point of their speech. It is ineffective because it is what your audience expects.

If you cannot think of a good way to use the other four ways to start a motivational speech, just say anything besides what they expect. Do not be afraid to be different – the more you let your personality shine through in your introduction, the more likely your audience is to actually be motivated by your words.

Denzel Washington’s 2011 commencement speech at the University of Penn. He says he doesn’t want to fall back on anything, but rather fall forward by taking risks.

He mentions how Thomas Edison conducted 1,000 failed experiences before he created the light bulb.

The motivational message is that failed experiences are a necessary part of success. He backs it up with a personal story from his own failures auditioning for roles early on in his acting career.

2 – Eric Thomas Speaks to Olympic Athletes – I Can, I Will, I Must

In 2016, Dick’s Sporting Goods brought in Eric Thomas to speak to the Olympians they sponsored.

Knowing that his audience was a bunch of high-achievers, he tailored his speech to them. He talks about how important it is to stay hungry when you have already achieved a high level of success.

This point is driven home by saying how an alligator can be killed by a human with their bare hands right after the alligator eats. Why? Because they go into a state similar to paralysis once their hunger is satisfied.

3 – Arnold Schwarzenegger – Work Your Ass Off

Arnold Schwarzenegger gave this motivational speech in 2018 and it has since racked up millions of views on YouTube.

He gives some secrets to his success, but his most important message is that nothing else matters if you don’t work your ass off.

The speech is filled with personal stories from his own life that show how he worked his ass off to become a successful bodybuilder, movie star, and politician.

4 – Jim Carrey Commencement Speech – Passion is Worth the Risk

Jim Carrey’s 2014 commencement speech at the Maharishi University of Management is one of the most highly viewed motivational speeches on YouTube.

He starts his speech with classical Jim Carrey humor, but by the middle of the speech, he shares profound wisdom on pursuing a career in what you love.

Jim Carrey shares his own personal story of resilience, but perhaps more powerful is the story of his dad, who settled for the “safe” career and still ended up failing.

J.K. Rowling’s 2008 Harvard commencement speech is all about the benefits of failure.

She starts the speech with her typical sense of self-deprecating humor, even though she is the most successful children’s author who has ever lived.

Rowling shares how the first Harry Potter novel was rejected dozens of times, and how her faith in herself kept her going through the rejection.

A fictional motivational speech may be scripted, but that doesn’t mean it can’t give you real inspiration. These are the most popular movie speeches.

1 – Will Smith in The Pursuit of Happyness – Protect Your Dream

At first, Will Smith’s character discourages his son’s dream of being a professional basketball player.

He quickly realizes his mistake after seeing his son’s reaction and tells him to never let anyone discourage him from pursuing his dreams – even his own father.

2 – Al Pacino in Any Given Sunday – Inch by Inch

Pacino’s character gives an inspirational speech at halftime that applies to both football and life.

He says life is a game of inches, and those willing to fight and claw for every single inch are the ones who are the most successful.

Sylvester Stallone’s character is talking to his adult son, who he feels has lost his way.

It is a great motivational speech on the power of resilience, and how success comes from taking the hits and getting back up until you achieve your goal.

4 – Kurt Russel in Miracle – You Were Born for This

Kurt Russel’s character is speaking to the 1980 U.S. Olympic hockey team in the locker room before they take on the highly favorited Russians.

His speech is a great message about how the odds of success don’t matter. If you only believe you can succeed when the odds are in your favor, then you really don’t believe in yourself at all.

5 – Mel Gibson in Braveheart – They Will Never Take Our Freedom

Mel Gibson’s character rallies his troops before heading into battle against a much bigger army.

This speech is one of the most popular motivational movie speeches of all time because makes people think about how they are failing to fight for their own freedom in their lives.

How to Start a Motivational Speech: Final Thoughts

Now that you are armed with the firepower and secrets for instantly capturing your audience, don’t forget that the real challenge is how to keep their attention throughout your time on stage!

Capture their attention and inspire them to do things they never thought possible without using anything but your words. That is the true superpower you can have if you learn the secrets to inspiring others to take action.

Knowing how to start a motivational speech is just the first step towards being an effective motivational speaker. Stay tuned to the Titanium Success blog to learn how to select a good topic for your speech and how to conclude your speech so your audience remembers you.

As a business coach and CEO advisor, one of the things I help my clients with is establishing themselves as experts in their industries. I teach you how to use educational content to build trust and generate opportunities to speak within your industry. Schedule a consultation with me if you want an advisor to help you become a magnetic speaker.

If you have any questions about how to start a motivational speech, leave them in the comments. I will answer as soon as I can. 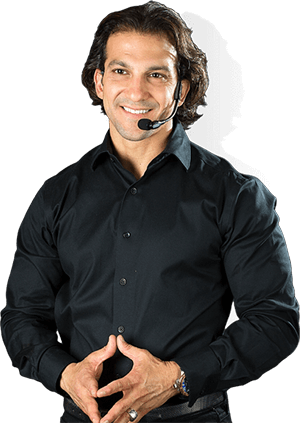 A Keynote Speaker For Your Event?